A Bit About Us

Bryn & Menna Jones created Silver Birch Golf Club from their redundant farmland with the help of Mr Howard Davies of ADAS, an agricultural advisory board, and Mr Stewart Finney who designed the course. They diversified out of farming long before it became fashionable to do so.

In the early 90’s there was nowhere for young people or adults to play Golf. They felt intimidated by their lack of knowledge, of the rules, the etiquette and had no idea how to play Golf. They didn’t want to spend money joining a Club without finding out if they liked to play. We created Silver Birch as a ‘Pay & Play’ golf club where everyone could play Golf to their hearts content.

The course was officially opened by a local dignitary, Councillor Mrs Ena Wynne MBE, on the 24th June 1995.

When Golfers have been with us a couple of years, they gain confidence in their golf and move on to the other Clubs in the area. Many have been back to thank us for having the opportunity to learn how to play.

In 2002, we acquired more land from a neighbouring farmer and created the ‘Back-9’ which was opened in May 2004. This course was also designed by Mr Stewart Finney and is very different to the original 9-holes. The front-9 is open pasture land, the back-9 has 6000 trees planted to define the fairways and make it a more challenging course.

We’ve found that we also cater for the more mature Golfer who finds the full length championship courses too long for them. Silver Birch is 3235 yds long overall and is excellent for improving your short game. The Par for the course is a challenging 59.

Our Eco-Friendly Clubhouse is now up and running and was officially opened by Mrs Ena Wynne MBE & Mr Merfyn Davies, BBC Radio Cymru reporter. Councillor Ena Wynne opened Silver Birch as a 9-hole course back in 1995 and 21 years later opened the Clubhouse for us as a lady of 90 years old with an MBE for services to her community. Mr Merfyn Davies has been a golf member with us since the day we opened. 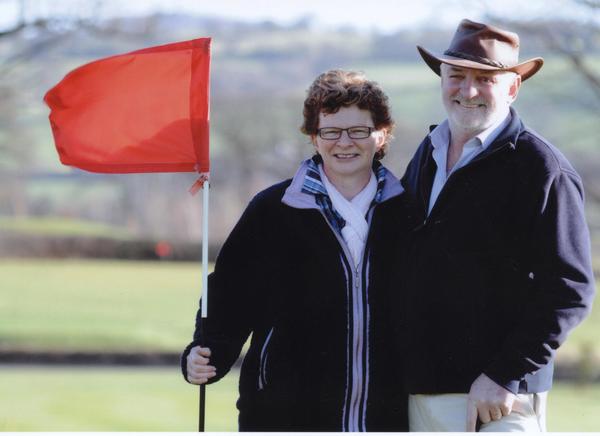